Big day yesterday!  I got my 2nd PICC out.  For the first time in nearly 2 years, we are a PICC-free home.  We were talking about this yesterday morning before my nurse came over to remove my PICC, and my daughter Sarah said in a sad voice, "It's kind of fun when the nurses come over.  They're so nice."  She's right.  All of our nurses have been great.  My best guess is that we've had around 150 nurse visits in the last 23 months.  All our nurses were all very nice, but it will feel so freeing not having to schedule our days around nurse visits anywhere from 1-4 times per week. :-)

Tim took pictures of the whole removal process.  If you're into that kind of thing, I'll share the posts here.  If you have a weak stomach, you might want to skip this part :-)


And there you have it.  No more tube in my arm.  I had an appointment with my doctor yesterday to discuss what comes next.  The plan for now is to continue on most of the supplements I was already taking, focus a lot on detox, and re-start the Cowden herbal protocol.  I'm looking forward to being off the antibiotics again for now!
Posted by Our Lyme Life at 7:06 PM 2 comments: 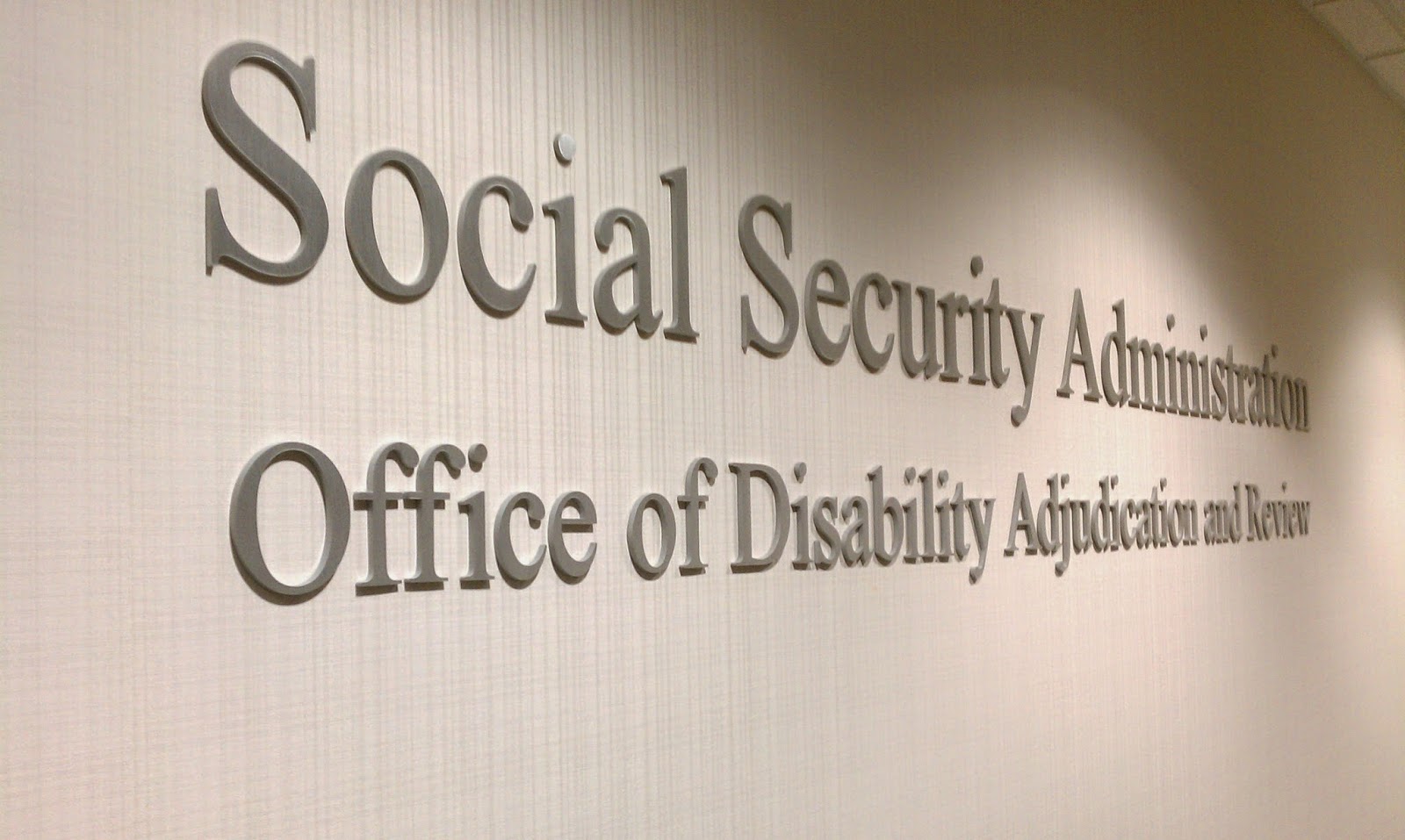 After a very long year and a half of filling out paperwork, waiting, fighting, and waiting some more, we finally had our disability hearings this week.  Out of all the days in a year, they scheduled our hearings a day apart.  Because of that, we decided to spend the night at a hotel downtown.  My hearing was late morning yesterday (Thursday), and Tim's was bright and early this morning.  We had to catch the cab from our hotel at 6:45.  Oh. My. Goodness.  I can't even tell you the last time I was up that early.  I got up at 6 every morning for years and years, but my poor body is screaming at me tonight for dragging it our of bed at 5:45 am.

Anyway...So my hearing was yesterday.  The lawyer's office called earlier in the week and asked me to bring any medications that my doctors had prescribed for me, whether prescription or supplement.  I literally had to bring a rolling suitcase that took a lot of effort to shut.  In case you'd like a good laugh, here's what that looked like: 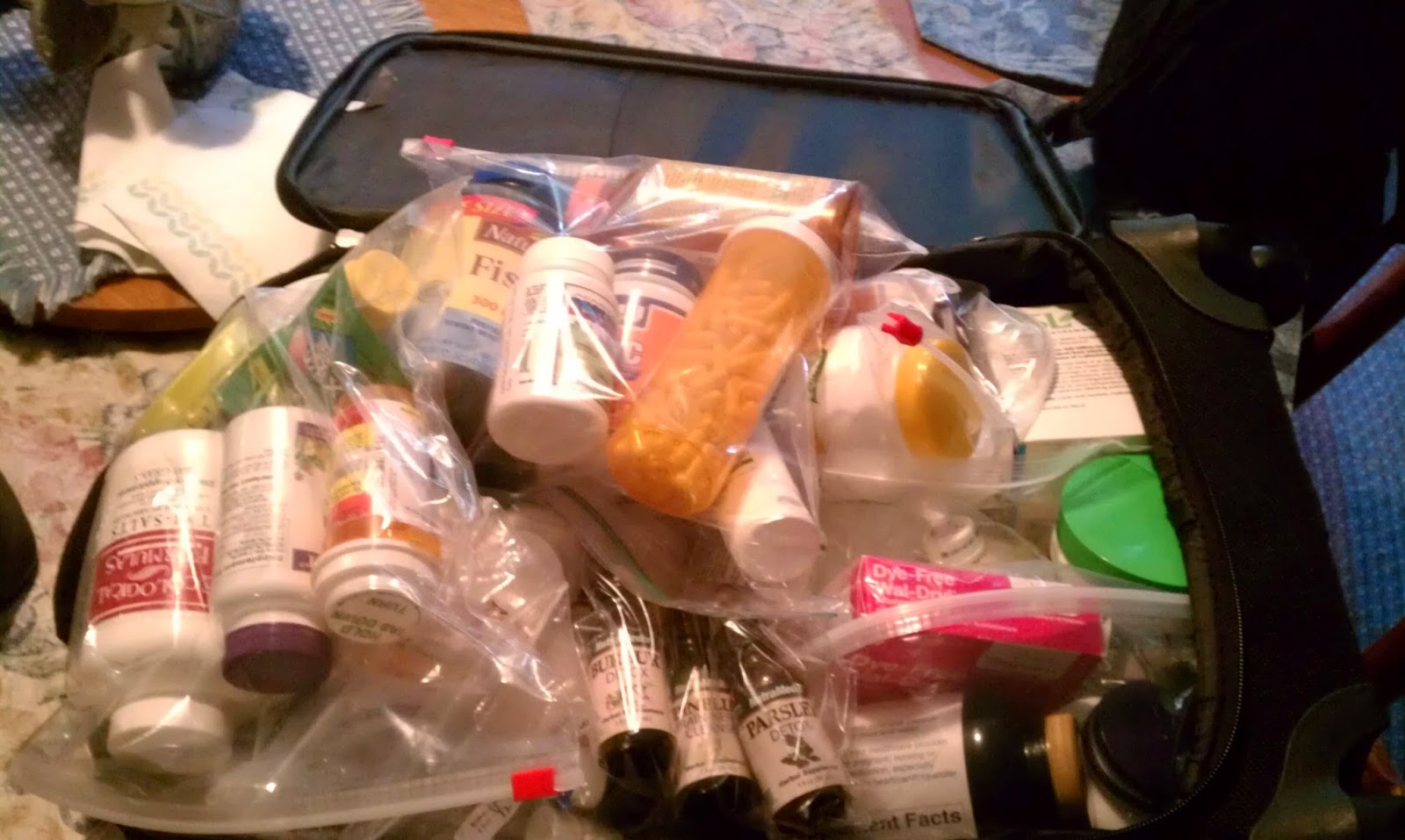 We got the the lawyer's office at 10 am and met with the lawyer at that time.  We had an hour and a half before the hearing time, and we were supposed to use that time to discuss my case.  Didn't happen.  The lawyer spent almost the entire time picking through my supplements telling me which ones were good or bad, whether I should be taking more or less, and showing us You-Tube video on why people shouldn't eat meat. I'm not kidding.  Tim was there and can verify all of this.  So out of that hour and a half, we spent about 10 minutes actually discussing my case.

We then went down to the court room (the lawyer's office and the courtroom are in the same building) and went through security, signed in, and then twiddled our thumbs until the judge was ready for us.  We found out at the last second that Tim would not be allowed into the courtroom with me.  I was surprised and bummed by that, but I dutifully followed my lawyer into the courtroom.

The hearing itself went reasonably well, but there are some things that I don't feel got enough consideration.  In any case, it's over, and now I wait for my ruling.  The lawyer told me it typically takes about 1-3 months to get a ruling.

And then Tim's hearing was today.  We had to be to the lawyer's office by 7, so we decided to take a cab from our hotel.  Parking yesterday was an absolute nightmare and we were both completely worn out and lethargic by the time we actually made it in to the law office.  We took a cab and got dropped off right at the front door of the law building.  Best decision we've made in a long time!

So we got (back) to the lawyer's office at 7:00, rolling suitcase in tow, and they were ready for us quickly.  We are both still shocked at the difference in the 2 lawyers.  Beyond night and day difference.  Tim's lawyer was really great.  He did a great job asking probing questions and walking Tim through what the judge might ask and what to expect.  No fluff.

We walked down to the court area about 8:30, but the court recorder was running late.  Tim was ushered into the court room at about 9:00.  I sat in the waiting area and worked on the scarf I'm knitting for a sweet friend to try to take my mind off what was going on in the next room. :-)  At about 9:30, I heard Tim call my name and I looked up.  I walked over and he said "Disabled."  Wait, what???  Apparently, the judges very occasionally make a "bench decision." This is when they feel that there is such overwhelming evidence in favor of disability that they do not require the additional time to review the case after the hearing.  That almost never happens.  What an unexpected blessing.  Things have been so tough for us recently, and we are so thankful for this glimmer of hope.

Of course, we are still hoping for a favorable decision in my case, but we won't know for a while yet.
Posted by Our Lyme Life at 8:55 PM 1 comment: 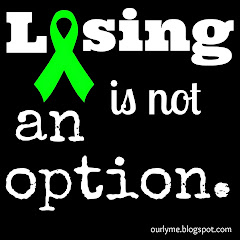 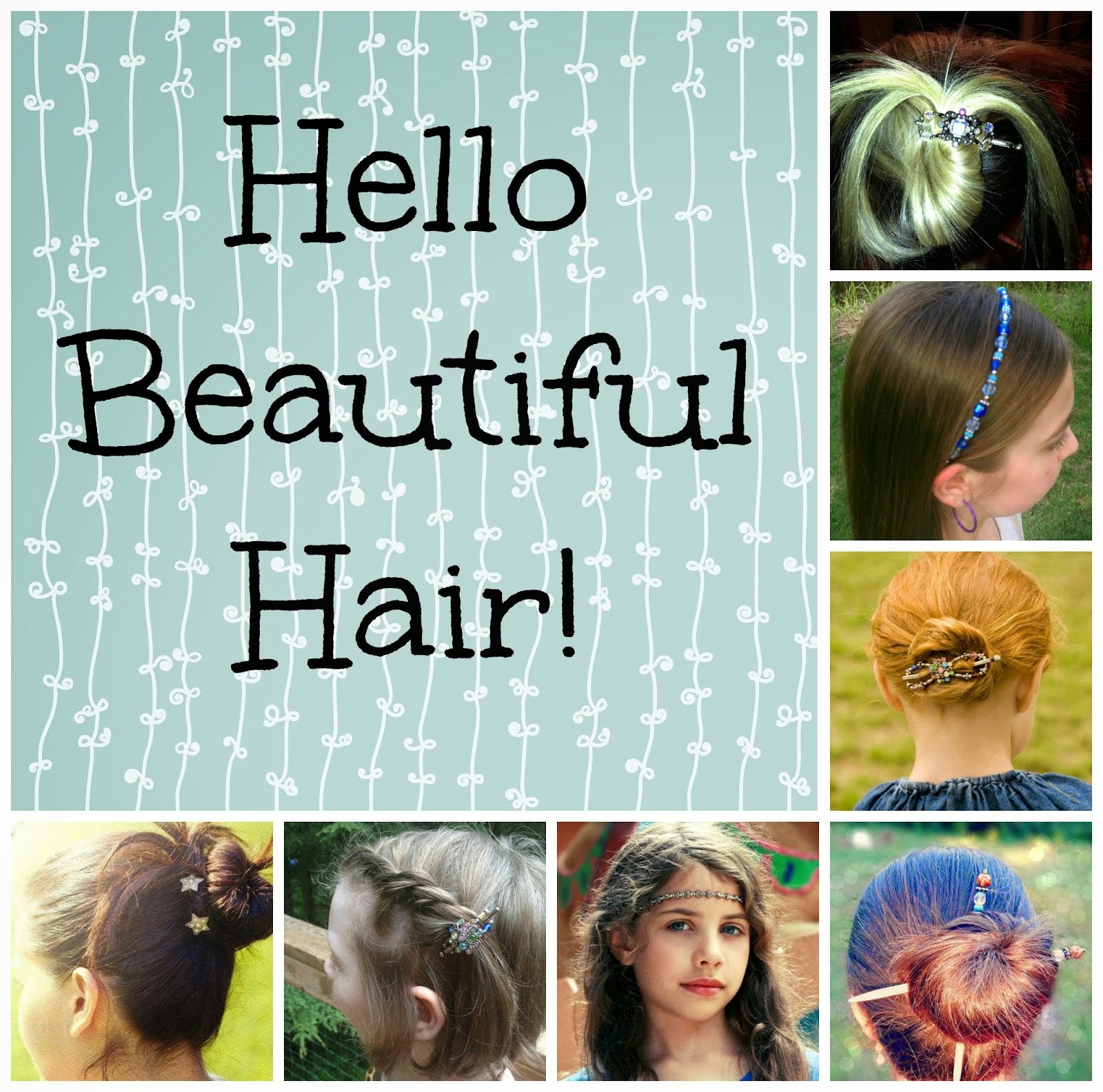